Get an instant car leasing quote

JLR or Jaguar Land Rover have recently designed a new piece of tech, with the sole aim of measuring how people/ pedestrians react to autonomous vehicles. How have they done this? They have a new googly eyed friend to aid them in their mission. Meet the autonomous pod with eyes that are always watching. 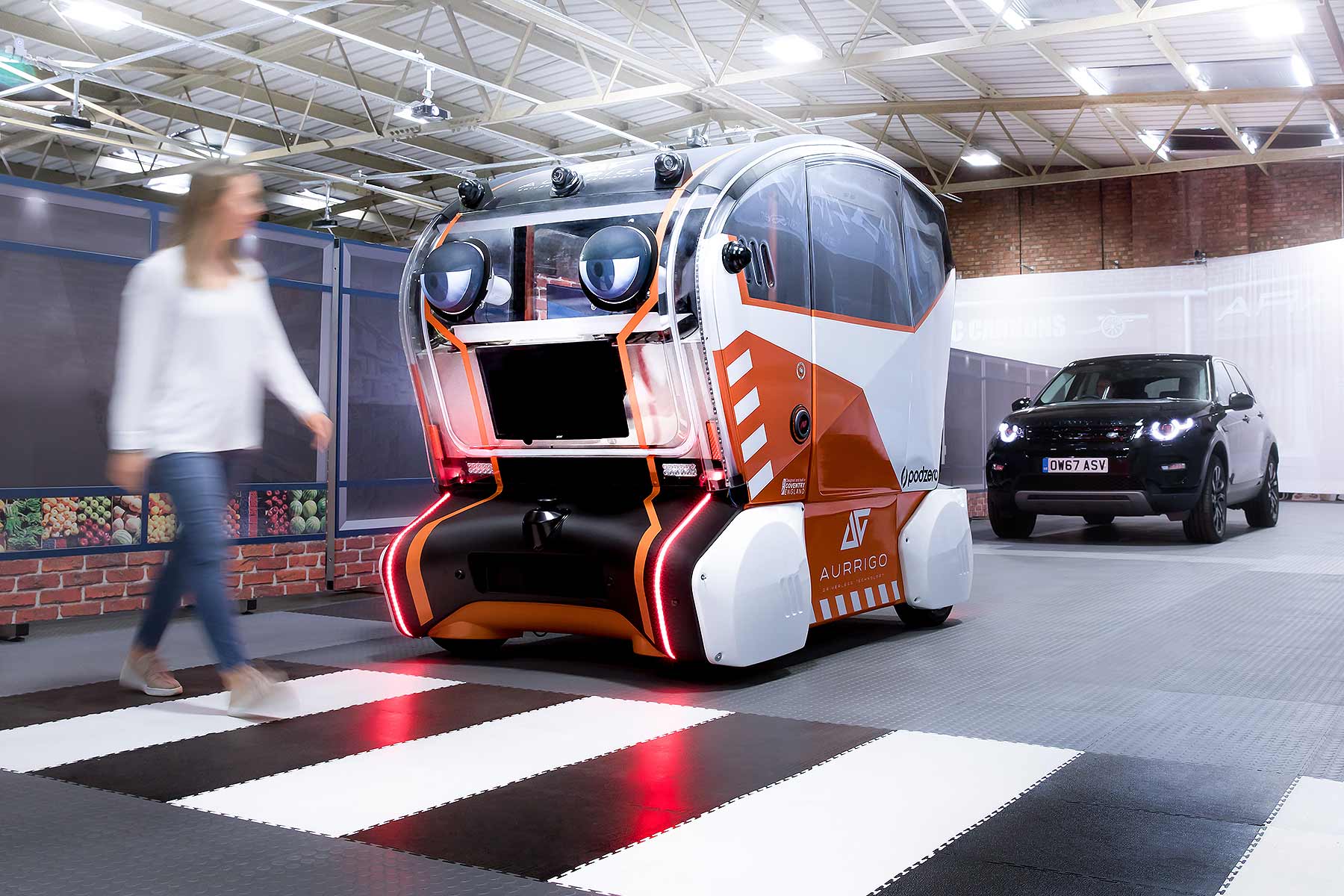 Yes this rather curious looking automobile is JLRs way of measuring how we as humans react to driver-less vehicles. The pods were designed by a company called Aurrigo, who are known for their forward thinking autonomous drive. Believe it or not the rather comical looking eyes are actually a vital part of the vehicles. Whilst driving around JLRs rather controlled and secure facility, the eyes a constantly on the watch for potential hazards. Should a pedestrian wish to cross the street, these ginormous eyes will actually make eye contact with pedestrian, emphasizing that it has recognized them. The aim of this is to gain the trust of pedestrians and make people feel more confident around autonomous technology.

So far there has been no conclusion or published results from this study by JLR, however they are said to have tested over 500 subject with these boggle eyed buddies. So its only a matter of time before we hear the results and potentially see fully autonomous vehicles on our roads. After all many vehicle manufacturers such as Tesla already use autonomous tech heavily in their current production models, in the form of sensors for automatic braking and collision detection as well as much more!

Take a look at the JLR pod in action in the video below.

Ring us for the Electric Revolution..

Your data. Your choice

We collect information about when and how you use our website so we can create a better experience and show you more relevant ads. Find out more and how to opt out in our Cookie Policy.